Another cycle and some nice shots to highlight. Don’t worry, I’m not going to start writing about every cycle I take, just where there are nice shots or a route to talk about.

This morning it was the all about the photos. I was taking a morning jaunt along the Water of Leith en route to my accountant so I could drop off some forms that far needed signing.

When I left the light wasn’t great as it was just so think with har. It was so think in fact that you could look up and see the outline of the sun through the thick cloud.

It was in those early morning moments that I got some of the best shots.

Here’s the route I took asking the Water of Leith. The best shots were taken on the way back from there, but I’ll come to that.

Reflections of a Bridge: This is a spot that always catches my eye. Just as you turn to cross the metal footbridge from where the shot is taken from, the reflections in the water always make me glance across. It’s particularly nice when the water is still and you see the perfect reflections. I also like how the shot is so busy with trees and branches, not just the bridge and the water. There’s just a glimpse to be seen. 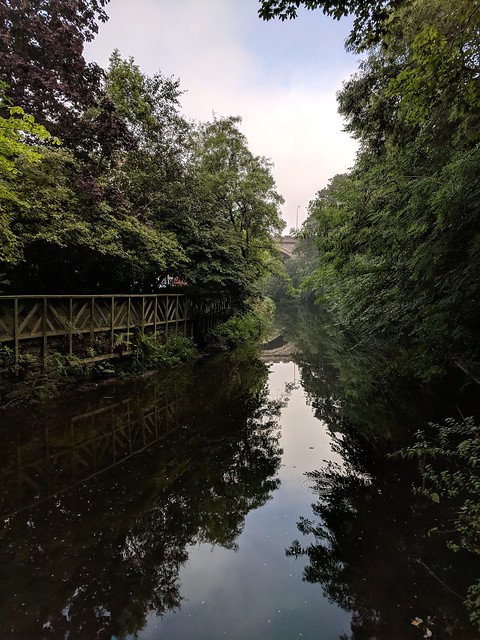 Misty Reflections on Water of Leith: From the other side of the same bridge the view was quite different. Some blue sky and sun on one side, but on the other the mist was still hanging. It made for a good shot though, although I hadn’t noticed the dog walker was heading down the path. 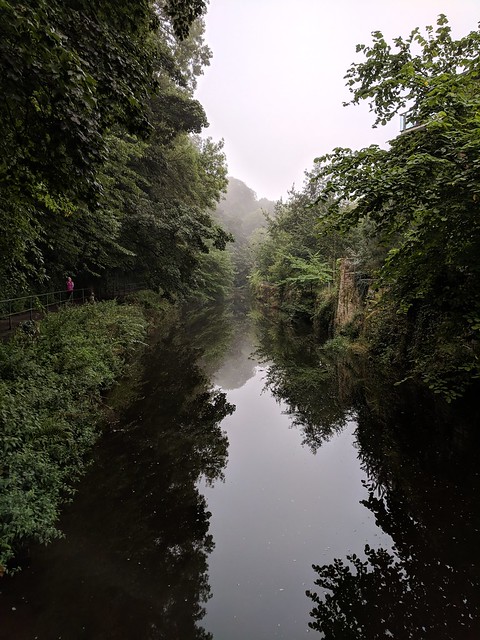 Sunlight through the Trees: 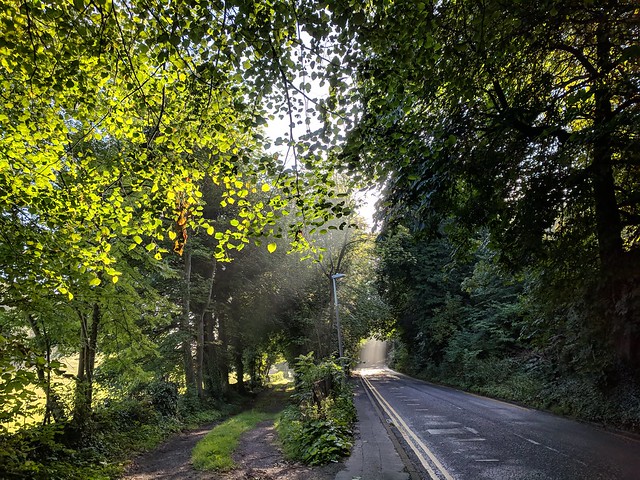 I almost missed that shot and the next one as I was busy passing, and trying to race away, from another cyclist – they’d overtaken me as I sat in a queue and shot to the from of the traffic – challenge accepted. I just looked up and there was the light. The door had to be taken.

Sunlight through the Trees on Glenlockhart Road: 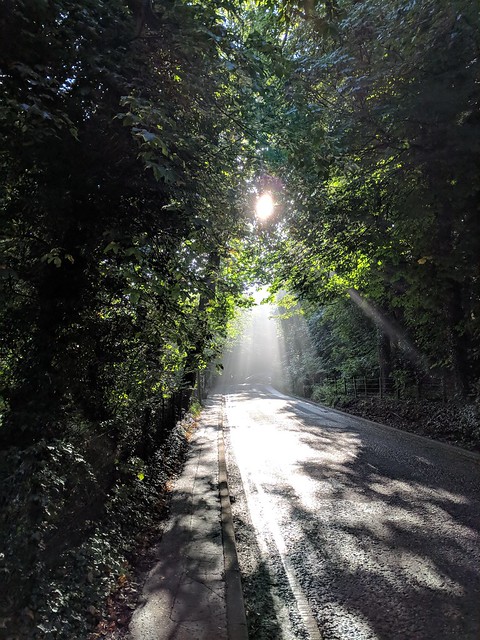 I thought if I could cycle a little closer I might just catch the light on the road that I could see from the right hand side of that last shot. As I got closer it got brighter and looked even better, but there was car after car, then a slow moving pedestrian, then more cars. I caught this shot just as a car passed me on the right. I think a fraction of a second longer and the car would have been in the middle of the shot. As it was it worked perfectly, apart from noticing that the sun was blooming through the trees there. Still, I love the sun rays and the mottled shapes of light on the floor.