Another weekend, another cycle. The weather looked good and I was keen to attempt a pretty big Pentlands cycle, not only for fitness levels but to try and keep building my confidence on the bike again. There was another reason, I received my replacement Garmin 735XT and it needed to be calibrated. A 50k cycle should do just that!

I had plotted out a great route to hit, but just as I reduced the number of points and hit the export to GPS option, Chrome froze. Lost the complete thing. Dammit. Luckily though, I’d taken a wee photo of the screen before I lost it. So I thought I’d use that and my Viewranger app to hit the route, not the Garmin telling me turn by turn from my wrist.

Here’s the route before I lost it: 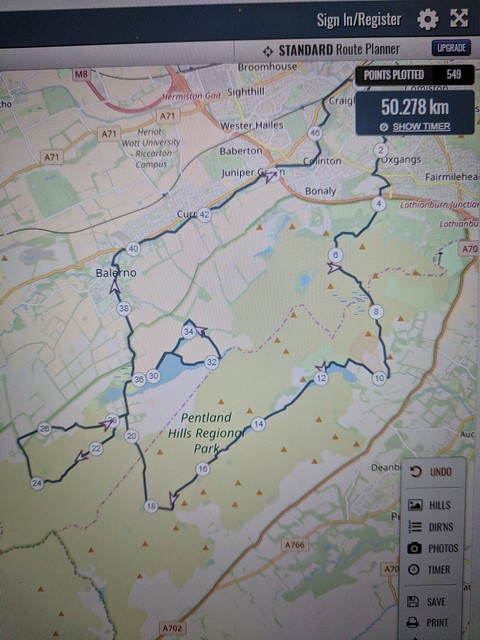 Looked really good, but that’s not the route I ended up doing. Stupid me headed out from the house and just went on autopilot. Before I knew it I was doing my morning Water of Leith run which was supposed to be the route back, not the route in. That was supposed to be over at Dreghorn. It took me ages to realise I’d gone the wrong way, well into the cycle. Oh well, I thought, I’d just do something different.

Here’s what I ended up doing:

There were some nice shots to be had as well. I tried a nice bleak panorama, which once again failed. They do fail far too often on the Pixel and obviously so. It’s not like a little out on a section of shaded colours, oh no. It’s usually where there’s a clear line of difference between hills and sky, it’s hard to understand how the phone can’t line those up. Anyway, panorama binned.

First shot, the new Forth bridge sitting way, way off in the distance over the hills. Everywhere else is the expanse of the Pentlands: 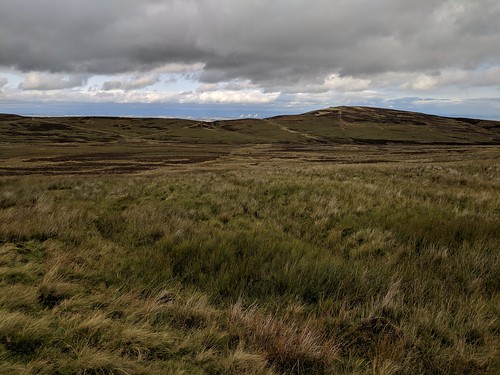 I headed up to West Kip as the next stop, although the route there was rather tricky. Some heavy machinery had been driven in to clear out a forest area, and while they were doing it they ripped the path up, digging deep tyre ruts and dropping branches across them. Still, made something interesting to cycle over! However, by the time I got to West Kip I really didn’t fancy going over it: 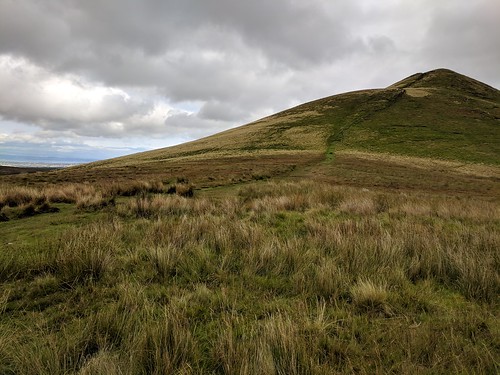 Luckily there’s a path that goes round, and that’s where there were more felled trees. You can see West Kip in the background. Didn’t make for a good shot though: 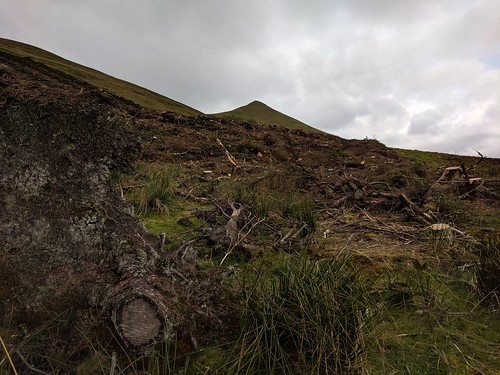 Looking the opposite way from behind that upturned tree root down to Threipmuir Reservoir gave a better shot: 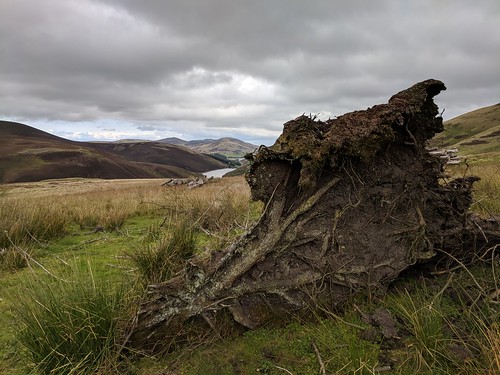 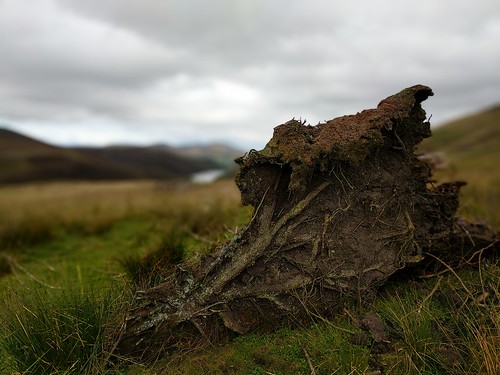 At the end of that path came a technical descent, something I’m just not confident for as yet. However, but the top of it made a nice shot. Here’s Logan Burn leading onto Loganlea Reservoir shadowed by the impressive Black Hill: 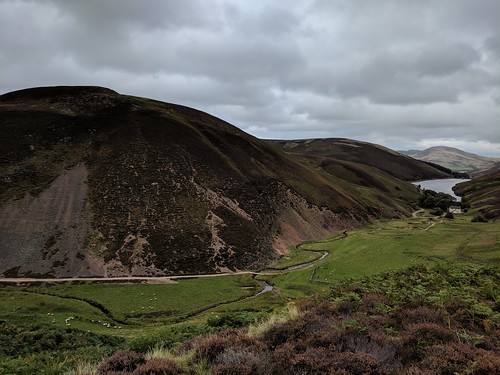 Once down there I do love the path running from the reservoir by the burn and all the way to Threipmuir reservoir. It’s a nice route to take, and even going round the reservoir there are nice little routes to nip in and out of the trees, some quite technical with loads of roots and tricky undulations. However the reservoir itself is quite low just now, and this shot taken from going back round Black Hill and looking back : 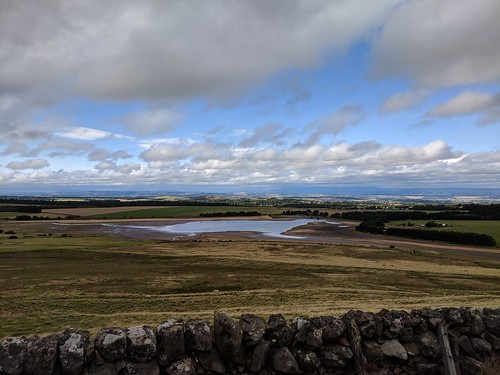 Actually, I just realised there was a shot before that. As I got to the end of the reservoir you can either keep going towards Blacksprings, which is quite a cool climb, or cut across the path and hit the Black Hill path again. Now I’d come down the way before, which in the rain was pretty tough and the confident full sussed bike that raced past me was soon head over heels at a small descent. However this time I was heading up. I’m a much better climber than descender!

Anyway, here’s the hut at the foot of Black Hill and the reservoir: 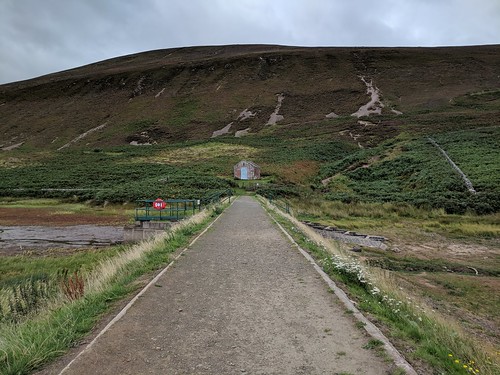 I really like that shot, there’s a few I liked on that trip. One day I’ll have to walk some of these routes and take my D60, however for now it’s all with the Pixel, or whatever the next phone is.

More to the point, I doubt I’m hitting that 50k again next week. Maybe 45…and avoiding that descent.